H.R. 5053, the Preventing IRS Abuse and Protecting Free Speech Act, would “prohibit the Secretary of the Treasury from requiring that the identity of contributors to 501(c) organizations be included in annual returns.”

This comes on the heels of revelations in 2013 about the IRS under the Obama Administration singling out conservative organizations for extra scrutiny (though the Department of Justice found no evidence of illegal actions), and also leaking the supposedly-confidential donor list of the conservative National Organization for Marriage (which settled out of court in 2014). Most Republicans remained unconvinced that the agency was blameless, vowing to prevent such scenarios from occurring again.

Things were put on hold for a bit shortly thereafter when Ryan left the committee’s chairmanship, but Rep. Peter Roskam (R-IL6) introduced the bill on April 26. It passed the House Ways and Means Committee on a 25–13 party line vote on April 28, two days later — an astonishingly short turnaround time.

Proponents say the bill is in keeping with the First Amendment guarantee of free speech, which includes anonymous speech. They also defend it on efficiency grounds for the organizations themselves:

“Tax-exempt groups should not be forced to expend precious resources on unnecessary documentation and tax administration rather than focusing on their charitable missions,” Roskam said.

501(c) groups have gone from spending a negligible amount on elections only a few years ago to spending more than $300 million in 2012. That number seems likely to only increase in 2016. Democrats contend that this bill shields a group of primarily-Republican billionaires from public disclosure.

“No need to go offshore anymore. You could just put [your wealth] in a not-for-profit organization in any quantity because your name would never be disclosed by that organization if this bill were to take effect,” said Rep. Xavier Becerra (D-CA34). The top Democrat on the committee, Rep. Sander Levin (D-MI9) said, “What this bill does, to put it simply, is to solidify the secrecy around the role of big money in campaigns,” Levin said.

Republicans counter that this is opposition is entirely motivated by politics, since about 85 percent of this money is spent on conservative causes. They ask, would Democrats be so upset if the ratios were reversed?

This is a major priority for Republican leadership. If the near-party-line vote of the House committee foreshadows how a vote would go in the entire House and in the Senate, the odds of passage are fairly good — though it would likely face a veto from President Obama. 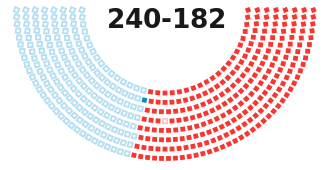