Under the Affordable Care Act, more commonly known as Obamacare, a number of Consumer Operated and Oriented Plans — or non-profit marketplaces to provide individuals with health insurance — were set up. Unfortunately, many of these little-known “CO-OPs” have failed, with onlysix out of the original 23 exchanges still in existence.

But the requirement that every American must have health insurance or pay a fine? That’s still in existence, even for the many people whose health insurance was provided through one of those CO-OPS. A bill that just passed the House would exempt those individuals.

The CO-OP Consumer Protection Act, H.R. 954 and S. 3311, would exempt anybody who lost their health insurance because of a CO-OP failure from paying the required fine for those who don’t have health insurance. This year, that fine is either 2.5 percent of one’s income or $695 per adult, whichever is higher.

The bill was introduced by Rep. Adrian Smith (R-NE3) and Sen. Ben Sasse (R-NE), both of Nebraska. After the House version was introduced all the way back in February 2015, it passed the House in September 2016 on a 285–165 vote. Although Republicans were unanimous in their support, 16 Democrats also crossed the aisle to vote in favor.

Supporters argue the bill fixes an unintended consequence of CO-OP failures and prevents an unnecessary tax on a not-insubstantial segment of Americans.

“Hundreds of thousands of people have lost health coverage because of these coop failures. And the damage does not end there. Because of Obamacare’s individual mandate, those same folks are now subject to a tax penalty for not having insurance,” House Budget Committee Chairman Rep. Tom Price (R-GA6) said in last week’s Weekly Republican Address.

“The same law that encouraged people to sign up for these doomed coops — and did nothing while they imploded — is now penalizing folks who lost their coverage. This is ridiculous, and the American people should not have to put up with it.

Opponents argue the bill would create unnecessary exemptions in a law that should apply to everybody equally, and that this bill is just another Republican-led attempt to dismantle Obamacare piece by piece after unsuccessfully attempting to repeal it wholesale at least 62 times.

“In such circumstances [where health insurance is lost or cancelled], the Administration has offered special enrollment periods, provided consumer outreach, and worked with state departments of insurance to ensure consumers have smooth transitions to other health plans,” the White Housewrote in their statement of intent to veto the bill. “[The bill] is unnecessary given consumer protections already available.” 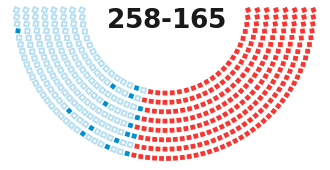