Legislation scheduled for a House vote this week seeks to change the Food and Drug Administration’s (FDA) labeling requirements for nutrition information displayed by restaurants, convenience stores, grocery stores, and pizzerias. The Common Sense Nutrition Disclosure Act of 2015 (H.R. 2017) would direct the Secretary of Health and Human Services to issue new rules to allow a food establishment to post nutritional information exclusively on its website if the majority of its orders are placed online, would clarify that Facebook advertisements are not menus, and aims to protect establishments from being sued for human error.

The case for reform

“In their current form, menu labeling regulations are fundamentally impractical and unnecessarily expensive,” said Rep. Cathy McMorris Rodgers (R-WA), sponsor of the bill, during a committee markup in November. “Compliance with [FDA’s current regulations] is estimated to cost American businesses more than $1 billion and 500,000 hours of paperwork. This is time, energy, and financial resources that should be spent on creating jobs and building up the economy–not on paperwork.”

Opponents of the bill argue that it would weaken FDA’s current rules covering nutritional labeling by, for example, allowing food establishments to create deceptive serving sizes.

“H.R. 2017 contains numerous provisions that both decrease consumer access to nutritional information and increase the likelihood of inconsistent or confusing menu labels,” states the “dissenting views” section of the committee report. “Current law requires that the number of calories contained in the standard menu item, as usually prepared and offered for sale, to be displayed. The bill as amended would change this requirement to allow restaurants and retail food establishments to choose how the calorie information is displayed — either in the whole standard menu item, or the number of servings as determined by the establishment and number of calories per serving, or the number of calories per the common unit.”

The changes called for by the Common Sense Nutrition Disclosure Act could take several years to fully implement, according to the Congressional Budget Office, because they would substantially alter the current regulations and FDA would have to develop a new set of rules and accompanying guidance. 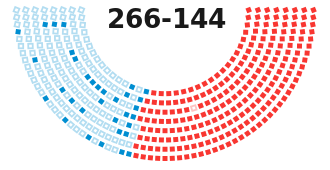