Executive permission in the form of a Presidential Permit is currently required for the construction, connection, operation, and maintenance of certain facilities that cross the borders between the United States with Canada and Mexico. The Department of State, the Department of Energy, and the Federal Energy Regulatory Commission participate in the review processes for cross-border energy infrastructure. The State Department makes its decisions pursuant to Executive Order 11423, as amended by E.O. 13337. FERC and the Department of Energy make permitting decisions in accordance with E.O. 10485, as amended by E.O. 12038. Each executive order requires the respective federal agency to gather necessary project specific information from an applicant, seek input from specific outside federal agencies, and decide whether to seek input from additional state, local, tribal, or federal agencies or from members of the public. Each E.O. directs the agency to issue a Presidential Permit if after evaluating all relevant project information, the agency determines the project would “serve the national interest” or “be consistent with public interest”.

Past applications for Presidential Permits have been for pipelines or transmission lines that extend a relatively short distance into a U.S. border state. Recently, Enbridge Energy’s Alberta Clipper and TransCanada’s Keystone and Keystone XL pipeline have involved projects that are hundreds of miles long and cross multiple states. It was the larger scope of such projects that, in part, resulted in increased national attention to the most recent proposal, the Keystone XL pipeline. In 2015, the State Department under President Obama denied TransCanada’s application for a Presidential Permit Presidential Permit Review for Cross-Border Pipelines and Electric Transmission Congressional Research Service for the project, finding that it did not serve the national interest. However, a new permit application was approved on March 23, 2017, when the State Department, under the Trump Administration, found that the project did serve the national interest. 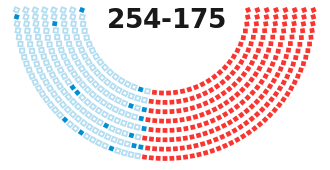