This was a vote to pass H.R. 3180 (115th) in the House. The federal budget process occurs in two stages: appropriations and authorizations. This is an authorization bill, which directs how federal funds should or should not be used. (It does not set overall spending limits, however, which are the subject of appropriations bills.) Authorizations are typically made for single fiscal years (October 1 through September 30 of the next year) but are often renewed in subsequent law. This vote was taken under a House procedure called “suspension of the rules” which is typically used to pass non-controversial bills. Votes under suspension require a 2/3rds majority. A failed vote under suspension can be taken again.

Intelligence Community Management Account (ICMA): The bill authorizes approximately $527 million for the ICMA. The ICMA provides fundingfor the Office of the Director of National Intelligence (ODNI) to manage the intelligence community.

Contractors: The bill prohibits the head of an element of the Intelligence Community from preventing a contractor from contacting or meeting with the congressional intelligence committees.

Defense Intelligence Agency (DIA) Responsibilities: Section 412 requires some functions currently performed by the DIA to be transferred to other agencies. This will allow DIA to fully focus on its mission of providing intelligence on foreign militaries and operating environments. Specifically, the bill transfers the Information Review Task Force and the Watchlisting Branch to the the Joint Staff, eliminates the Identity Intelligence Project Office and the Counter-Threat Finance Program, and transfers the National Intelligence University to the Director of National Intelligence (DNI) effective October 2020. 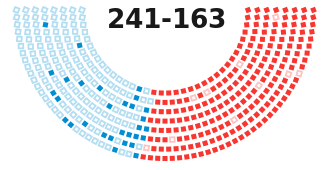