This was a vote to pass H.R. 3219 (115th) in the House. The federal budget process occurs in two stages: appropriations and authorizations. This is an appropriations bill, which sets overall spending limits by agency or program, typically for a single fiscal year (October 1 through September 30 of the next year).

Division A provides $658.1 billion for the Department of Defense, which includes $73.9 billion in Overseas Contingency Operations (OCO). These funds are consistent with the House-passed Fiscal Year 2018 National Defense Authorization Act and the proposed Fiscal Year 2018 Budget Resolution ($621.5 billion in base defense spending and $74.6 billion in defense OCO).

The legislation includes $138.3 billion to provide for 1,324,000 active-duty troops and 822,900 Guard and Reserve troops, as well as $1 billion for additional end strength, and fully funds a 2.4 percent pay raise for the military.

In the case of Defense Health and Military Family Programs, the bill contains $34.3 billion for the Defense Health Program to provide care for our troops, military families, and retirees. Specifically, the bill provides $282 million for cancer research, $125 million for traumatic brain injury and psychological health research, and $296 million for sexual assault prevention and response.

Division B provides $3.58 billion for the Legislative Branch, excluding Senate items which are traditionally left to the Senate to determine. Within the $1.194 billion provided for House operations is additional funding for Member security and cybersecurity enhancements.

The Architect of the Capitol is funded at $581 million excluding Senate items. Major projects include restoration and renovation of the Cannon House Office Building, the Rayburn House Office Building Garage Rehabilitation project, an upgraded cooling tower at the Capitol Power Plant, new book collection storage module for the Library of Congress and funds for the House Historic Buildings Revitalization Fund.

The legislation freezes pay for Members of Congress, preventing any pay increases in Fiscal Year 2018.

Division C provides a total of $88.8 billion in funding to house, train, and equip troops and provide care for our veterans, which includes $638 million in OCO funding, and is $6 billion above Fiscal Year 2017 and $613 million below the President’s budget request.

The legislation strengthens oversight and accountability at the Departments of Defense and Veterans Affairs to ensure taxpayer dollars are being used to fully benefit our service members and our veterans. This includes rigorous reporting on the status of VA claims processing, requiring large construction projects to be managed outside of the VA, limiting transfers between construction projects, restricting certain spending actions without notification to Congress, and fencing funding for the electronic health record until the VA meets extensive data requirements.

The legislation continues to prohibit the closure of the Guantanamo Bay Naval Station and prohibit funding for any facility within the U.S. to house detainees.

Further, the bill includes a total of $182.3 billion in discretionary and mandatory funding for the VA to address problems currently facing the VA and provide for better and increased access to care for our veterans. Discretionary funding alone is $78.3 billion – a 5 percent increase above Fiscal Year 2017 levels – and the highest level of funding ever for the VA. That includes $69 billion for VA medical care for more than 7 million patients and addresses mental health, suicide prevention, traumatic brain injury, homeless veterans, hepatitis C treatment, opioid abuse prevention, and rural health initiatives.

Approximately $65 million is dedicated to the acquisition of a new VA electronic record system using the same software as the DOD system, ensuring interoperability. Additional funding is provided to reduce the disability claims processing backlog.

Both major and minor construction of VA facilities is funded at $753 million.

The Army Corps of Engineers is funded at $6.16 billion to fund activities with an impact on public safety, job creation, and economic growth, including $2.8 billion for navigation projects and studies and $1.8 billion to support public health and safety through flooding and storm damage projects.

The Department of Energy is funded at $9.6 billion and prioritizes the research and development needed to ensure resilient, reliable, and affordable energy. The bill includes $5.4 billion for science research.

In addition, the Rules Committee Print strikes section 9021 of the Defense Appropriations Act, 2018, addressing a new Authorization for Use of Military Force and replaces it with language that requires the President to submit a report to Congress on the U.S. strategy to defeat al-Qaeda, the Taliban, the Islamic State of Iraq and Syria, and their associated forces, which is identical to language passed by the House as part of the National Defense Authorization Act, 2018. 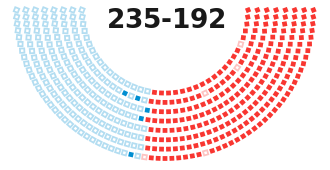