Federal Aviation Administration Reauthorization—The bill extends the authorization of the FAA and other Federal aviation programs through March 31, 2018 at FY2017 appropriated levels. The bill also extends the collection of aviation taxes, which are deposited in the Airport and Airway Trust Fund and used to fund the agency. The current FAA authorization is set to expire on September 30, 2017.

The Private Flood Insurance Market Development Act of 2017—The bill updates current law to reinforce and strengthen requirements that flood insurance provided by private sector insurance carriers shall be accepted and considered similar to those polices offered by the National Flood Insurance Program (NFIP) to meet mandatory purchase requirements under current law for certain home owners in flood zones.

Employee Retention Credit for Employers--The bill provides a tax credit for 40% of wages (up to $6,000 per employee) paid by a disaster-affected employer to an employee from a core disaster area.

Qualified Disaster-Related Personal Casualty Losses Deduction--With respect to losses arising in the disaster area, the bill eliminates the requirement that personal casualty losses must exceed 10% of Adjusted Gross Income to qualify for deduction, and eliminates current law requirement for taxpayers to itemize.

The bill designates tax relief provisions in this bill as an emergency requirement pursuant to the Statutory Pay-As-You-Go Act of 2010 (Statutory PAYGO) and pursuant to the concurrent resolution on the budget. 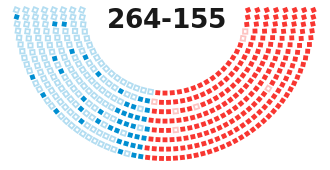