Although health care is one of the most partisan political subjects, a new health care law was just signed with almost unanimous support. The FDA Reauthorization Act of 2017 aims to lower prescription drug prices, amid skyrocketing health insurance costs.

The law is an amalgamation of provisions from at least eight different standalone healthcare-related bills which had been introduced earlier this year from both parties. Among its most notable provisions:

Supporters argue the law will lower costs and keep the FDA in line with the changing times.

The law “is ensuring that safe and effective, life-saving treatments will continue to reach American patients, from innovative new drugs, to generic drugs, biosimilars, and medical devices,” Secretary of Health and Human Services Tom Price said in a statement. “The law will support our team at FDA as they carry out the HHS mission to enhance and protect the health and well-being of the American people and continue to advance medical breakthroughs.”

Only former presidential candidate Sen. Bernie Sanders (I-VT) voted against the bill in the Senate.

Sanders believed the legislation “does nothing to lower drug prices and is a giveaway to the pharmaceutical industry,” a spokesperson told Axios. He also protested the Senate’s rejecting a provision he proposed for the bill, which would have allowed Americans to more easily purchase or obtain medications from Canada, where costs are noticeably less expensive.

The last time the reauthorization of FDA fees passed passed was in 2012, and Sanders was the only Senate opposer then too.

It passed the House on July 12 by voice vote, meaning there was no significant opposition and no record of individual votes was cast. The bill was introduced by Rep. Greg Walden (R-OR2), Chairman of the House Energy and Commerce Committee.

It then passed the Senate on August 3 by 94–1, with the aforementioned Sen. Sanders opposing, after being introduced by Sen. Lamar Alexander (R-TN).

President Donald Trump signed the current version into law on August 18. It was introduced in the House as H.R. 2430 and the Senate as S. 934, but is now designated Public Law 115–52. 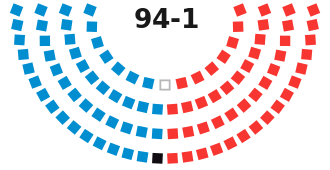