H.J.Res. 41: Providing for congressional disapproval under chapter 8 of title 5, United States Code, of a rule submitted by the Securities and Exchange Commission relating to “Disclosure of Payments by Resource Extraction Issuers”.

The third bill signed into law by President Trump repeals a regulatory rule created by Democrats in the wake of the 2008 financial crash. Republicans hail it as a breath of fresh air for American businesses, but Democrats say it will harm both our financial system and our environment.

The law repeals an Obama-era rule requiring publicly traded companies to disclose payments by “resource extraction issuers” — such as those for oil, minerals, and natural gas — during the negotiation of the business contracts if those payments exceed $100,000 in a year.

The rule was issued by the Securities and Exchange Commission (SEC), which originally proposed it in 2012. The rule was vacated by a court in 2013, since the rule did not provide an exemption for companies legally prohibited from releasing such public reports. This slightly modified version of the rule was enacted in 2016.

The law repeals a portion of section 1504 of the Dodd-Frank Act, the financial reform legislation passed by Democrats and signed by President Obama in 2010. Republicans also want to repeal or significantly dismantle the Dodd-Frank Act in general, and may succeed during this Congress, but for now they’re taking a more piecemeal approach. Trump also signed executive orders rolling back some Dodd-Frank rules.

Public Law 115–4 was originally introduced in Congress as H.J. Res. 41 by Rep. Bill Huizenga (R-MI2), a member of the House Financial Services Committee and chair of the Capital Markets Subcommittee.

Supporters argue that the law puts U.S. publicly-traded companies at a competitive disadvantage with both private and foreign competitors.

“The SEC’s rule… fails the agency’s core mission on multiple fronts,” Rep. Huizenga said in a press release. “The SEC is tasked by Congress to both protect investors and facilitate capital formation. Despite being instructed in Federal Court, the SEC continues to propose a resource extraction rule that is overly burdensome, puts U.S. companies at a competitive disadvantage, and fails to provide investors with useful information.”

“In some cases, the rule would require companies to disclose information that the host nation of their project prohibits from disclosure or is commercially sensitive,” the Trump White House said in a Statement of Administration Policy. “The rule would impose unreasonable compliance costs on American energy companies that are not justified by quantifiable benefits. Moreover, American businesses could face a competitive disadvantage in cases where their foreign competitors are not subject to similar rules.”

Opponents argue that repealing the rule makes business dealings more opaque, even as the consequences might have influences from corruption to the environment.

social services and other government activities, and contributes to instability and conflict,” wrote Catherine Novelli, President Obama’s Under Secretary for Economic Growth, Energy, and the Environment at the State Department.

Opponents also note that other governments such as the European Union and Canada have adopted similar transparency requirements.

The Senate then voted 52–47 on February 3. Not a single senator crossed party lines. Trump signed it into law on February 14. 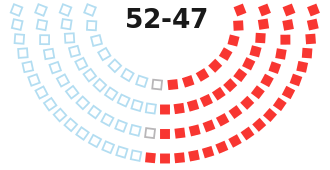