On the Nomination PN37: Elisabeth Prince DeVos, of Michigan, to be Secretary of Education

Betsy DeVos for Secretary of Education

Of all the Cabinet positions, Secretary of Education is generally not among the more controversial. While President Obama’s second and final person to hold the position, John King, was confirmed by a 49–40 vote in 2016, none of the previous nine education secretaries received more than a maximum of two dissenting votes — with most not even receiving that many, getting confirmed unanimously.

Betsy DeVos was a different story. The billionaire and former chair of the Michigan Republican Party held a range of controversial views, including altering the existing formula for education funding so that money would follow a child instead of funding one’s local school district, publicly funding tuition for private religious schools, and arming teachers with guns,

What Pence and supporters said

Supporters including Pence argued that DeVos was the right person for the job, due to her support for such policies as great school choice and vouchers.

“For nearly three decades she has devoted her time, her talent, and her treasure to ensure that every child in America has the best shot at a better life,” Pence said in a statement at the time. “Countless students have benefitted from her efforts to promote an educational marketplace defined by innovation, opportunity, and real, meaningful choice. The president and I agree that our children’s futures should not be determined by their ZIP code. Students should not be trapped in a system that puts the status quo ahead of a child’s success.”

Opponents countered that DeVos was too contentious a pick for what has traditionally an agreeable position, due to her position on issues including privatization and sexual assault in schools.

“She refused to rule out slashing investments in, or privatizing, public schools,” the Senate Health, Education, Labor and Pensions (HELP) Committee’s top Democrat Sen. Patty Murray (D-WA) said at the time. “She was confused that federal law provides protections for students with disabilities. She argued that guns needed to be allowed in schools across the country to ‘protect from grizzlies.’ And even though she was willing to say that President Trump’s behavior toward women should be considered sexual assault — she wouldn’t commit to actually enforcing federal law protecting women and girls in our schools.”

In February 2017, the Senate voted to confirm DeVos by 51–50, with Pence breaking the tie. It was the first tied Senate vote for a Cabinet nomination in American history. Among voting senators, Sens. Susan Collins (R-ME) and Lisa Murkowski (R-AK) crossed party lines.

DeVos still serves today, as one of the six remaining Cabinet members among Trump’s original 15. Her tenure has been controversial, with perhaps her most controversial decision repealing Obama-era guidance that public schools had to let transgender students use the bathroom and locker room of the gender with which they identify. Now, a school district or state can once again require a child who identifies as a girl to use the boy’s bathroom, or vice versa. 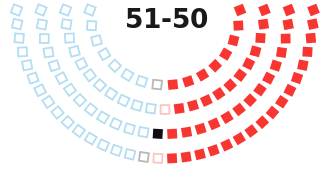 The Vice President casts a vote in the Senate when there is a tie. This is extremely rare.