On the Nomination PN54: Mick Mulvaney, of South Carolina, to be Director of the Office of Management and Budget

Rep. Mick Mulvaney (R-SC5), a three-term Congressman elected in 2010, was President Donald Trump’s nominee to serve as Director of the Office of Management and Budget, more commonly known as OMB. This vote confirmed Mulvaney's nomination.

OMB assists the president in preparing the federal budget, which totaled $3.68 trillion this fiscal year, or 20.7 percent of gross domestic product. What bills has Mulvaney introduced and how has he voted in Congress, especially on issues related to the federal budget?

A similar resolution has been introduced in every Congress since then but has not come up for a vote, despite every Senate Republican signing on to cosponsor the pending version in the outgoing Senate. Mulvaney supported the idea as recently as March, signing on to not one but three separateresolutions to the same effect in the current Congress.

But would he continue supporting the concept as Trump’s OMB director? Unlike most congressional Republicans, Trump has expressed little interest in curbing deficits or debts. If anything, the opposite: his simultaneous plans to lower income, estate, and corporate tax revenues while increasing infrastructure, military, and homeland security spending would likely increase deficits.

Mulvaney, posting on his public Facebook page in September, wrote that taxpayers should “Ask what might be the best question: do we really need government-funded research at all?” Written in the context of the fight over congressional appropriations to fight the Zika virus, Congress ultimately passed a stopgap funding bill including more than $1 billion in funds to study and combat the viral disease, through the bill H.R. 5325. True to his word, Mulvaney voted against the bill, even though House Republicans overall voted 170–75 in favor.

Mulvaney’s no-science-funding stance is not an idle threat now that he could be directing OMB. Trump is already moving to eliminate all scientific study of climate change at NASA. While not all government-funded research proves useful, few would give up government-funded inventions like the Internet and GPS.

Mulvaney cosponsored H.R. 2884, introduced by by Rep. Reid Ribble (R-WI8). It would eliminate a part of the Obama-era bipartisan “sequestration,” which cut large parts of the federal budget by about 7%. Sequestration cut equally between defense and nondefense spending. H.R. 2884 would eliminate that requirement, with cuts instead falling much more heavily on nondefense spending if H.R. 2884 were enacted. Cuts would likely come to such programs as food stamps, welfare, and education, even though defense spending is one of the largest federal expenditures — and, many argue, among those with the biggest cost overruns.

No budget passed, no pay for members of Congress

Mulvaney cosponsored H.R. 187, the No Budget, No Pay Act, introduced by Rep. Jim Cooper (D-TN5). The legislation would withhold pay from members of Congress unless they successfully pass a federal budget, something they’ve increasingly failed to do in recent years due to partisan gridlock. (The federal budget during the Obama era has largely relied on so-called “continuing resolutions” or stopgap spending measures that aren’t technically passed budgets.) The bill has yet to receive a vote despite attracting 37 cosponsors, with a very even mix of 19 Republicans and 18 Democrats.

One percent spending reduction across the board

Mulvaney cosponsored H.R. 5637, the One Percent Spending Reduction Act, introduced by Rep. Mark Sanford (R-SC1). The bill would establish a federal budget cap of $3.645 trillion for fiscal year 2017, itself about 1.1 percent below last fiscal year’s total federal expenditures. Afterwards, for the five years through fiscal year 2017, the bill would require a subsequent minimum 1 percent reduction in federal spending each year. The math works out such that by fiscal year 2022, federal expenditures wouldn’t be allowed to exceed $3.46 billion, a figure last achieved during the George W. Bush presidency when adjusting for inflation. The bill attracted nine cosponsors, all Republicans, and never received a vote.

When nominating members of Congress for his Cabinet or other top agency posts, Trump’s selections have usually had largely served on the congressional committee most related to the policy area they’d helm. For example, Attorney General nominee Jeff Sessions serves on the Senate Judiciary Committee, Interior Secretary nominee Ryan Zinke serves on the House Natural Resources Committee, and Health and Human Services Secretary Tom Price serves on the House Ways and Means Committee’s Subcommittee on Health and was an architect of congressional Republicans’ main bill to repeal and replace the Affordable Care Act (Obamacare).

Not so with Mulvaney, who doesn’t serve on either the House Budget or Ways and Means Committees, the two main committees with jurisdiction over federal budget, revenues, and spending. Mulvaney serves on the House Oversight and Government Reform and Financial Services Committees, both tangentially related to the functions of OMB.

Some critics — mostly on the left — have expressed concern over this seeming lack of direct experience, although those concerns pale in comparison to anxieties from those same people over Trump’s lack of any governmental experience at all before ascending to a far more powerful office.

The Yea votes represented 44% of the country’s population by apportioning each state’s population to its voting senators. 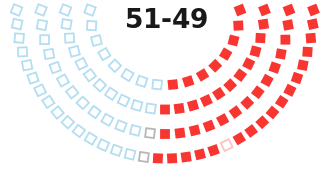