The Federal Reserve (Fed) administers a set of “stress tests” to determine the ability of U.S. banks to withstand periods of economic turmoil. Title I of Dodd-Frank requires company-run stress tests for any (bank or nonbank) financial firm with more than $10 billion in assets and Fed-run stress tests (called DFAST) for any bank holding company or nonbank systemically important financial institution (SIFI) with more than $50 billion in assets.

These stress tests attempt to project the losses that banks would suffer under a hypothetical deterioration in economic and financial conditions to determine whether banks would remain solvent in a future crisis. The final rule for capital planning was implemented in 2011. Under the Comprehensive Capital Analysis and Review (CCAR), banks must submit a capital plan to the Fed annually. The capital plans must include a projection of the expected uses and sources of capital, including the planned issuance of debt or equity and the planned payment of dividends. The plan must demonstrate that the bank will remain in compliance with capital requirements under the stress tests. If the Fed rejects the bank's capital plan (because the bank would have insufficient capital under the stress tests, for example), the bank will not be allowed to make any capital distributions, including dividend payments, until a revised capital plan is resubmitted and approved by the Fed.

However, academics have identified multiple problems arising from the lack of transparency in the stress-testing process. In testimony, Columbia University Professor Charles Calomiris described the stress test process as a “Kafkaesque Kabuki drama in which regulators punish banks for failing to meet standards that are never stated (either in advance or after the fact). This makes stress tests a source of uncertainty rather than a helpful guide against unanticipated risks.”

He continued, “[I]n addition to their economic costs and questionable contributions, current stress tests are also objectionable on grounds of basic adherence to the rule of law and respect for property rights. Regulators not only impose unstated quantitative standards for meeting certain stressed scenarios, they also retain the option of simply deciding that banks fail on the basis of a qualitative judgment unrelated even to their own model’s criteria. It is hard to believe that the current structure of stress tests could occur in a country like the United States, which prizes the rule of law, the protection of property rights, and adherence to due process.”[4]

The U.S. Government Accountability Office (GAO) also raised these concerns, stating that “[t]ransparency is a key feature of accountability and this limited disclosure may hinder understanding of the CCAR program and limit public and market confidence in the program and the extent to which the Federal Reserve can be held accountable for its decisions. 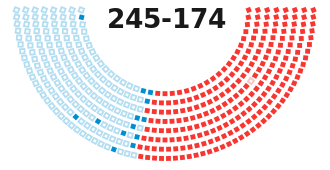