Title I removes obsolete restrictions on the Passenger Facility Charge (PFC) allowing airports to more effectively finance airport infrastructure projects that directly benefit the traveling public and expands the pilot program expediting the authorization of PFC to include all primary airports.

The title also makes Airport Improvement Program modifications by prohibiting the FAA from requiring airports to provide construction services or building space without compensation or reimbursement, ensuring small airports receiving FY11 AIP grant funds may complete the project at the originally intended cost share, expanding the number of states eligible to participate in the block grant program from 10 to 20, amending the FAA Contract Tower Programs surrounding the benefit/cost analysis, and requiring FAA to issue an informal public notice on any project-specific Buy America waiver.

Further, the title addresses community noise concerns by examining dispersal headings or other lateral track variations, studying the potential health impact of overflight noise, and reviewing the relationship between aircraft noise and its effect on communities surrounding airports.

Further, the title requires the establishment of performance objectives for flight standards activities and achieving national goals and also establishes a task for on flight standards reform and establishes a Regional Consistency Communications Board. Title II directs the FAA to establish a safety workforce training strategy and requires a study to assess the workforce and training needs of the FAA’s Office of Aviation Safety. Finally, the title promotes US aerospace standards, products, and services abroad and encourages bilateral exchanges of safety oversight responsibilities.

Title III improves aviation safety by requiring the Administrator to establish an e-learning training pilot program to provide technical training for FAA personnel on the latest aviation technologies, processes, and procedures to keep them up to date. In addition, the Administrator is required to update the safety critical staffing model, create a global approach to improve aircraft tracking, and initiate a study of aircraft retrieval technologies for commercial aircraft used in extended overwater operations.

Further, the title requires FAA to review advanced cockpit displays, ensure a clear marking of towers, and review cabin evacuation procedures. The title also allows the Secretary to accept funds for additional safety and licensing needs, directs the Administrator to review existing regulations on emergency medical equipment, and directs the Administrator to revise the final rule on flight attendant duty period limitations and rest requirements. The title also requires the installation of a secondary cockpit barrier on newly-manufactured passenger aircraft within one year of enactment.

Further, the title establishes processes to accelerate implementation of a low-altitude unmanned aircraft system traffic management system and expedite deployment of commercial UAS by creating a risk-based permitting process. The Department’s Inspector General is directed to assess the UAS registration system and develop and track metrics to assess compliance. Finally, the title calls for a study into the potential roles of state and local governments, a study of financing options related to regulation and oversight of UAS, and an increase of transparency by requiring the FAA to publish information on approved small drove waivers and airspace authorizations.

Title IV prohibits involuntary bumping of passengers once they have already boarded the plane and instructs the Secretary to clarify current regulations regarding compensation offered in instances of involuntary denied boarding. The title prohibits the use of cells phones and mobile devices for voice communications while an aircraft is in-flight, and addresses concerns raised by aviation consumers with disabilities by reviewing best practices and conducting studies on how to better improve overall travel experience (this includes the establishment of a Select Subcommittee for Aviation Consumers with Disabilities).

Further, the title extends the Advisory Committee for Aviation Consumer Protection and address consumer issues in the air ambulance industry by establishing an advisory committee to make recommendations on consumer protections and improve the process of filing complaints.

Title V addresses miscellaneous provisions relating to air travel and the FAA. Some provisions include the establishment of a Lithium Ion Battery Safety Advisory Committee, the establishment of a Remote Tower Pilot Program for Rural or Small Communities to assess the benefits of such towers, studying the needs of future aviation and aerospace workforce, personnel training on addressing human trafficking, amends the existing non-smoking law to apply to e-cigarettes, requiring large ticket agents to adopt minimum customer service standards, and issue regulations establishing minimum seat dimension standards on passenger aircraft.

Title VI improves the disaster and mitigation assistance to eligible individuals and households and to eligible state, local, tribal, and territorial governments and certain non-profit organizations. The title increases federal emphasis on pre-disaster planning and mitigation by ensuring that provided assistance is invested in pre-disaster hazard mitigation and states and local government are incentivized to take steps that increase disaster resilience and invest in mitigation.

The title calls for the appointment of an Associate Administrator for Research and Development and establishes a Research Advisory Committee. The title directs the FAA to establish R&D programs to improve cybersecurity of civil aircraft and the system, improve air traffic surveillance over oceans and other remote locations, support of single-piloted cargo aircraft with remote piloting, and regarding the use of the electromagnetic spectrum. The title also address specific R&D policy areas surround unmanned aerial systems surrounding risks, collisions, and beyond line-of-sight operations. 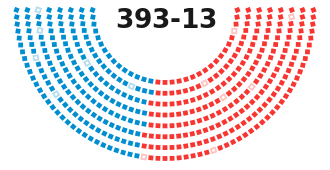