H.R. 5645 would amend the Clayton Act and the Federal Trade Commission Act to align certain procedures followed by the Federal Trade Commission (FTC) when it reviews a proposed merger or acquisition with the procedures followed by the Department of Justice (DOJ). The bill also provides the FTC with the same authority DOJ already possesses to seek an injunction against a proposed merger in Federal court; therefore, removes the ability of the FTC to pursue internal administrative litigation following a court’s denial of an FTC preliminary injunction request. This bill does not inhibit either agency’s authority to challenge monopolistic transactions or ones that would substantially lessen competition.

Two federal agencies, the Antitrust Division of the Department of Justice (DOJ) and the Federal Trade Commission, share responsibility for the enforcement of federal antitrust laws. These laws generally promote marketplace competition and protect consumers from anticompetitive mergers and business practices.

Congress passed the first antitrust law, the Sherman Act, in 1890 to prohibit certain anticompetitive business activities and require the government to investigate and pursue trusts. In 1914, Congress passed two additional antitrust laws: the Federal Trade Commission Act, which created the FTC, and the Clayton Act. With some revisions, these are the three core federal antitrust laws still in effect today.

Section 7 of Clayton Act prohibits mergers and acquisitions that would ‘‘substantially lessen competition’’ or “tend to create a monopoly.” “The DOJ and the FTC have essentially identical authority to enforce such provisions. When the antitrust enforcement agencies conclude that the consummation of a proposed transaction would violate Section 7, the agencies pursue an injunction of the transaction in Federal court. Generally speaking, if the court grants the injunction, the parties abandon the merger; if the court denies the injunction, the parties consummate the transaction shortly thereafter.”

In a report issued by the bi-partisan Antitrust Modernization Commission, they recommended that, “Parties to a proposed merger should receive comparable treatment and face similar burdens regardless of whether the FTC or the DOJ reviews their merger. A divergence undermines the public’s trust that the antitrust agencies will review transactions efficiently and fairly. More important, it creates the impression that the ultimate decision as to whether a merger may proceed depends in substantial part on which agency reviews the transaction. The importance of removing any potential divergence is underscored by the fact that it often is mere chance or, the ‘flip of a coin,’ that determines which agency reviews the proposed transaction.”[4] 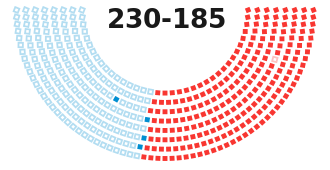