More than 20,000 Americans died from synthetic drug overdoses in 2016. That represents 31 percent of all drug overdose deaths, a surging percentage in recent years — more than double the number from 2015.

A bill called the Stop the Importation and Trafficking of Synthetic Analogues (SITSA) Act aims to combat on the growing epidemic of synthetic drug deaths. But would it give Jeff Sessions too much power?

There are more than 400 known types of synthetic — or “artificial” — drugs, which mimic the effects of substances including cocaine and ecstasy. They’ve largely begun to flood the market in recent years, this decade in particular.

The Drug Enforcement Agency (DEA), quite simply, cannot keep up. The bureaucratic process they follow when determining whether a drug should be put on the banned substances list, and what corresponding penalties should go along with each drug, can take several years of evaluation.

The bill outlaws 13 different synthetic drugs of the most pernicious varieties, by creating a new “schedule” (a term for “categorization”) to the list of banned substances on the Controlled Substances Act. The list of the 13 drugs can be seen in section 2, subsection 3B here.

It also creates a process by which substances can be added — whether temporarily or permanently — in as little as 30 days after first being identified, rather than the years it can potentially take under current law. The lead House sponsor relayed a story during a committee hearing of a constituent from his New York district who died from overdosing on a synthetic drug which nonetheless remained legal for four years afterward.

Although the bill creates penalties for trafficking and distribution of these synthetic drugs, what the bill does not do is criminalize mere possession of such synthetic drugs. In this way, they intend to go after the proliferators rather than the users.

Supporters argue the legislation will tackle a growing scourge in a far more timely and immediate manner than what the lagging DEA is usually able to accomplish.

“They can be more potent than the real thing and often times are more deadly. Unfortunately, when law enforcement encounters a specific synthetic drug compound, manufacturers of these substances are able to slightly alter the chemical structure of the drug,” House lead sponsor Katko said in a press release.

“This puts law enforcement at a serious disadvantage and are constantly one step behind them,” Katko continued. “As a former U.S. attorney, but more importantly, as a father, getting these drugs off the streets and out of the hands of our loved ones remains a top priority for me.”

“Currently, for a drug to be scheduled and penalties applied, the Department of Justice must work in collaboration with public health officials at the Department of Health and Human Services, before deciding how to proceed. Each agency has equal weight when making decisions,” read a letter signed by dozens of organizations including the American Civil Liberties Union (ACLU), Human Rights Watch, and NAACP.

“Under this proposal, the public health role is circumvented, leaving the Attorney General with unilateral power to decide which drugs are scheduled and thus how the ensuing penalties are applied,” the letter continued. “To give the Attorney General this unbounded authority is troubling and misguided.”

The bill has attracted a bipartisan mix of 54 House cosponsors: 49 Republicans and five Democrats. It awaits a possible vote in the House Judiciary Committee, whose Subcommittee on Crime, Terrorism, Homeland Security, and Investigations held a hearing on the bill in June. (The hearing can be viewed in full here.)

The Senate version has attracted a bipartisan mix of three cosponsors: two Democrats and one Republican. It awaits a possible vote in the Senate Judiciary Committee — though it seems more likely than not to get one, since Sen. Grassley who introduced the Senate version chairs the committee. 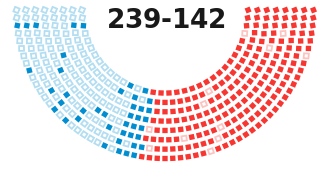