This was a vote to pass H.R. 6157 (115th) in the House. The federal budget process occurs in two stages: appropriations and authorizations. This is an appropriations bill, which sets overall spending limits by agency or program, typically for a single fiscal year (October 1 through September 30 of the next year).

H.R. 6157 provides $674.6 billion in total discretionary budget authority for the Department of Defense for fiscal year (FY) 2019. The bill provides $606.5 billion for the Department of Defense base budget, which is an increase of $17.1 billion above FY18 levels, and $68.1 billion for the Overseas Contingency Operations (OCO) account to support the Global War on Terrorism (GWOT). This funding level is consistent with the National Defense Authorization Act as well as the recently enacted budget agreement.

The bill provides a total of $245.9 billion - $197.6 billion for base requirements and $48.3 billion for OCO/GWOT requirements – for operation and maintenance. This funding supports key readiness programs to prepare troops for combat and peacetime missions, including flight time and battle training, equipment and facility maintenance, and base operations. Within this amount, the bill includes $1 billion above the request to fill readiness shortfalls, $1.05 billion above the request to invest in facility sustainment, restoration, and modernization programs, and $20.6 billion total for depot maintenance. This funding will help rebuild our forces to ensure our troops have the training and equipment they need.

The bill provides a total of $1.557 billion - $1.542 billion for base requirements and $15.2 million for OCO/GWOT requirements - for the Defense Revolving and Management Funds.

Title VIII includes, among others, the following general provisions: 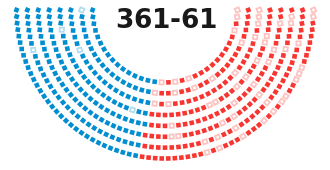