This was a vote to pass H.R. 7093 (115th) in the House. This vote was taken under a House procedure called “suspension of the rules” which is typically used to pass non-controversial bills. Votes under suspension require a 2/3rds majority. A failed vote under suspension can be taken again.

Should you be able to drive your water hyacinth plant to another state without being labeled a criminal under the law?

There are literally so many crimes punishable in U.S. federal law that experts don’t even agree on how many there are.

But do all of those crimes still need to be illegal? What about ones that have never been prosecuted in decades, or are for actions so minor that they arguably shouldn’t be illegal?

The bill was introduced in the House on October 26 by Rep. Steve Chabot (R-OH1).

Supporters argue the legislation gets rid of laws that arguably never should have been laws in the first place, nonpartisan examples of bureaucracy infringing on even the most minor actions.

“While we need to make sure that there are appropriate punishments for illegal activity, people should not be criminally prosecuted for honest mistakes or benign behavior,” Rep. Chabot said in a press release.

“Over the last few decades, there has been a significant expansion of the federal criminal code, and that has led to the criminalization of some activities that simply should not be crimes, such as unauthorized use of an emblem or slogan or the transportation of dentures,” Chabot continued. “Our legislation will help to simplify and streamline the federal criminal code by eliminating several unnecessary and trivial criminal penalties.”

“There is a reason that the Federal criminal code contains nearly 5,000 criminal statutes today,” House Judiciary Committee Chair Rep. Bob Goodlatte (R-VA1) said in a statement. “It is because, over the years, when Congress has been faced with a problem, it has all too often enacted a Federal statute creating a new crime. These ‘crimes du jour’ may be outdated, ill-drafted, or, frankly, ridiculous. However, they still exist in the criminal code.”

GovTrack Insider was unable to locate any explicit statements of opposition to the bill.

The bill has attracted two bipartisan House cosponsors, one Republican and one Democrat. It awaits a potential vote in the House Judiciary Committee.

A previous version of the legislation from 2015 was approved by committee, after first attracting six bipartisan House cosponsors: four Republicans and two Democrats. 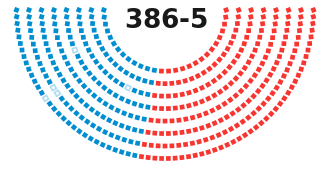