This was a vote to pass H.R. 695 (115th) in the House. The federal budget process occurs in two stages: appropriations and authorizations. This is an appropriations bill, which sets overall spending limits by agency or program, typically for a single fiscal year (October 1 through September 30 of the next year).

This bill is the vehicle for passage for government funding to avert a partial government shutdown on Friday, December 21, 2018. On December 19, the Senate passed this bill with provisions to fund the government through February 8, 2019. Subsequently, on December 20, the House added $5 billion in funding for a border wall, sending the bill back to the Senate.

Although most government agencies were already funded for fiscal year 2019, this bill would fund the remaining agencies for about seven weeks. According to the Senate appropriations committee, the bill would fund for that time:

This bill has had a complex history. Prior to the Senate's December 19, 2018 vote, this bill was the vehicle for passage of a different government funding bill, the Department of Defense Appropriations Act, 2018, which would have funded the military through the end of the current fiscal year, Sept. 30, 2018. The bill was not enacted in this form, however, and the military was given short-term funding through other legislation.

This bill was originally the Child Protection Improvements Act of 2017. Our original summary, which was the Republican Policy Committee summary of the original bill, follows

H.R. 695 directs the Department of Justice to establish a program to allow organizations that provide services to youth, the elderly, and the disabled to obtain information from criminal background checks in the Federal Bureau of Investigation (FBI) fingerprint database. Specifically, the legislation ensures these organizations have access to the FBI’s fingerprint searches in a timely and effective manner and protects privacy rights by ensuring that specific information of a criminal record is not disclosed without the explicit consent of the volunteer or employee.

This legislation builds on the success of the PROTECT Act’s Child Safety Pilot which ran from 2003 until 2011. The pilot provided access to FBI fingerprint background checks for a variety of child-serving non-profits. The pilot conducted over 105,000 background checks and 6.2% of potential volunteers were found to have criminal records of concern – over 6,500 individuals. In addition, over 40% of individuals with criminal records of concern had crimes in states other than where they were applying to volunteer – meaning that only a nationwide check would have flagged these individuals’ criminal records. The criminal offenses among some of these applicants included convictions for criminal sexual conduct with a child, child endangerment, and manslaughter. 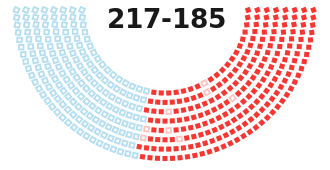