The Americans with Disabilities Act of 1990, more commonly called the ADA, was a landmark law. It outlawed discrimination in employment, housing, or other areas on the basis of the applicant being disabled. It also required most businesses and buildings to accommodate disabled people, with features such as mandatory wheelchair ramps.

The law’s components were hardly controversial among Congress members at the time, passing the House 377–28 and the Senate 91–6. Yet in the decades since, most Republicans contend that provisions of the law have been exploited by anti-business lawyers to an unforeseen extent — the number of such lawsuits has almost tripled since 2013. Three examples provided in an opinion column for the The Hill include:

The ADA Education and Reform Act aims to crack down on such lawsuits, by amending the existing 1990 law to require a “notice and cure” period.

The legislation would require that any person claiming discrimination must first provide written notice, allowing 60 days for an owner to acknowledge receipt of the complaint, plus an additional 120 days before legal action can be initiated. No other civil rights legislation currently on the books contains such a provision.

The bill was introduced in January 2017 by Rep. Ted Poe (R-TX2), a member of the House Judiciary Committee where the bill was originally sent. The bill is H.R. 620.

Supporters argue the bill will crack down on frivolous lawsuits that benefit trial lawyers more than disabled Americans.

“Certain attorneys and their pool of serial plaintiffs troll for minor, easily correctable ADA infractions so they can file a lawsuit and make some cash. There is a now whole industry made up of people who prey on small business owners and file unnecessary abusive lawsuits that abuse both the ADA and the business owners,” House lead sponsor Poe said in a press release.

“This bill will change that by requiring that the business owners have time to fix what is allegedly broken. If they fail to correct the infractions the plaintiff retains all of their rights to pursue legal action. This legislation restores the purpose of the ADA: to provide access and accommodation to disabled Americans, not to fatten the wallets of attorneys.”

“This bill reverses decades of progress by undercutting our ability to assert our rights under the law through the use of a ‘notice and cure’ provision. But justice delayed is justice denied,” Rep. Jim Langevin (D-RI2), the first quadripalegic ever elected to Congress, said in a press release. “Businesses should not be encouraged to ignore the law until someone complains, which is exactly what this legislation does.”

“I’m deeply concerned that this bill will bring our country back to the days when discrimination was commonplace.” Langevin continued. “And I am saddened that Congress sent a message to people with disabilities that we are not equal, or worthy of the same civil rights protections as others.

An amendment offered by Langevin aimed to omit the bill’s requirement that a person claiming discrimination must first provide written notice, allowing 60 days for an owner to acknowledge receipt of the complaint, plus an additional 120 days before legal action can be initiated.

If the amendment had passed, several other provisions would have remained intact for the legislation, including a section that would make it harder for a plaintiff to bring a civil suit regarding a business’s failure to remove an architectural barriers for disability access.

A previous version introduced in July 2016 never received a House vote. It attracted 59 cosponsors: 56 Republicans and three Democrats. While that’s a sizable number, it was dozens fewer than the current version has attracted. 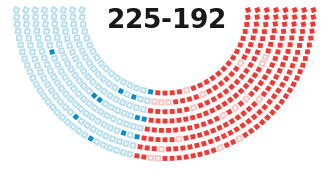