On the Nomination PN1352: Brian D. Montgomery, of Texas, to be an Assistant Secretary of Housing and Urban Development

The Yea votes represented 64% of the country’s population by apportioning each state’s population to its voting senators. 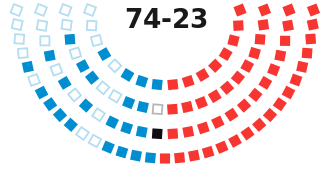