Americans overspend by an estimated $135 million on prescriptions through their insurance, in cases when they would cost less out of pocket. Yet pharmacists are often under gag orders from telling customers about that discrepancy.

A new bill introduced in the Senate would end this practice.

A “pharmacy gag clause” is a tactic under which a pharmacist may not inform customers which of the two options would cost less for a certain product: using their health insurance or paying fully out of pocket.

These clauses are usually instituted by an insurer or pharmacy benefit manager (PBM), the most famous of which include CVS Health, Express Scripts, or United Health. They’re put in for cases in which most consumers would save money by paying out of pocket — if only they knew. Pharmacy benefit managers pocket the difference.

States are increasingly banning the practice, including three in March alone: Mississippi, South Dakota, and Virginia. The total is now 14 states, from red states like the ones mentioned above to blue states like Minnesota and Connecticut.

However, there is no such law on a federal level. The Know the Lowest Price Act would ban the practice of pharmacy gag clauses.

Supporters argue the legislation would ensure full transparency when consumers make purchasing decisions, as they do with nutrition facts on food and drink products for example.

“Multiple reports have exposed how this egregious practice has harmed consumers, such as one customer who used his insurance to pay $129 for a drug when he could have paid $18 out of pocket,” Senate lead sponsor Collins said in a press release.

“Americans have the right to know which payment method — insurance or cash — would provide the most savings when purchasing prescription drugs,” Collins continued. “By prohibiting gag clauses, our legislation would take concrete action to lower the cost of prescription drugs, saving consumers money.”

Opponents are essentially entirely within the industries of health insurance or pharmacy benefit managers, such as CVS Health, Express Scripts, or United Health. (GovTrack Insider was unable to locate any outright statements of opposition to this bill from any member of Congress.)

“PBMs use their substantial scale and expertise to negotiate aggressive rebates, discounts, and other price concessions from drug manufacturers and drugstores on prescription drugs,” the statement continued. “We support the patient paying the lowest price available at the pharmacy counter for the prescribed drug.”

President Trump’s Secretary of Health and Human Services Alex Azar has indicated a willingness to take the problem on. In a March speech to the Federation of American Hospitals, he relayed a personal anecdote about the importance of consumers having transparency for costs of healthcare options.

While this anecdote was relayed about a week before the Senate bill was introduced, it seemingly indicates a supportive measure towards the goals of the legislation on the part of the Trump Administration:

“A few years ago, my doctor back in Indiana wanted me to do a routine echocardio stress test… So I asked how much the test was going to cost, and was told that information wasn’t available. Fortunately, I didn’t just fall off the turnip truck, so I persisted. And eventually, the manager of the clinic appeared and gave me the answer. The list price was $5,500…

“Eventually, I was told it [what I’d pay with cash] would be $3,500… So I looked up what it would have been if I’d received it outside of the hospital, in a doctor’s office. The answer was $550…

“Now, there I was, the former deputy secretary of Health and Human Services, and that is the kind of effort it took to find out how much I would owe for a procedure. What if I had been a grandmother? Or a 20-something with a high-deductible plan?”

The bill has attracted four bipartisan Senate cosponsors: two Republicans and two Democrats. It awaits a potential vote in the Health, Education, Labor, and Pensions Committee. 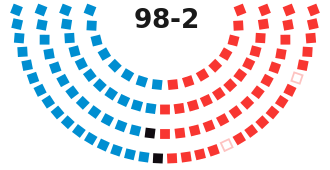