A new bill could become the first law to apply criminal penalties to website owners due to posts of that site’s users — or so Silicon Valley and tech advocates fear.

The Stop Enabling Sex Traffickers Act would open a crack in that prohibition. The bill would allow the government to prosecute websites which knowingly help or promote sex trafficking, and also allow users to sue those websites.

The word “knowingly” is key there, as the legislation was sparked by the results a Senate investigative report in July titled “Backpage.com’s Knowing Facilitation of Online Sex Trafficking” which found that the website consciously allowed advertisements for child prostitution and other similar crimes.

Sen. Rob Portman (R-OH), who chaired the investigative committee that produced the report, is the lead Senate sponsor of the bill S. 1693. The legislation was also introduced by Rep. Ann Wagner (R-MO2) in the House as H.R. 1865.

Supporters argue the legislation removes a loophole which has unintentionally allowed one of the most heinous crimes to go unprosecuted when facilitated via internet.

“For too long, courts around the country have ruled that [websites like] Backpage can continue to facilitate illegal sex trafficking online with no repercussions,” Senate lead sponsor Portman said in a press release.

“The Communications Decency Act is a well-intentioned law, but it was never intended to help protect sex traffickers who prey on the most innocent and vulnerable among us. This bipartisan, narrowly-crafted bill will help protect vulnerable women and young girls from these horrific crimes.”

Opponents obviously don’t support sex trafficking, but they do worry that this could be the first step in a slippery slope, providing the first-ever federal legal precedent for going after and prosecuting websites for content that users post.

“This bill is overly broad and will be counterproductive in the fight to combat human trafficking,” said a statement from the Internet Association, an organization including Google, Facebook, Twitter, and Apple as members. “While not the intention of the bill, it would create a new wave of frivolous and unpredictable actions against legitimate companies rather than addressing underlying criminal behavior.

“Furthermore, it will impose new, substantial liability risks for companies that take proactive measures to prevent trafficking online, hampering the ability of websites to fight illegal activity,” the statement continued. “The bill also jeopardizes bedrock principles of a free and open internet, with serious economic and speech implications well beyond its intended scope.”

Silicon Valley has often been able to defeat legislation it opposed. But that may be changing, as the “free pass” the industry had often received from both parties may be coming to an end amid several controversial moves by the tech industry that have drawn ire from both sides of the aisle. 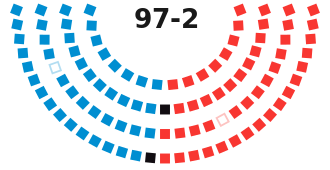