On the Motion to Table S.Amdt. 902 to S.Amdt. 901 to H.R. 3401 (Emergency Supplemental Appropriations for Humanitarian Assistance and Security at the Southern Border Act, 2019)

This vote was related to an amendment by Sen. Rand Paul [R-KY] to a bill introduced by Rep. Nita Lowey [D-NY17] on June 21, 2019, H.R. 3401: Emergency Supplemental Appropriations for Humanitarian Assistance and Security at the Southern Border Act, 2019. 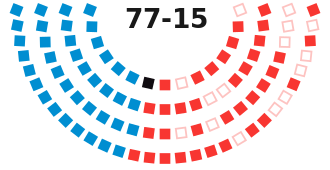