S.J.Res. 7: A joint resolution to direct the removal of United States Armed Forces from hostilities in the Republic of Yemen that have not been authorized by Congress.

The Yea votes represented 55% of the country’s population by apportioning each state’s population to its voting senators. 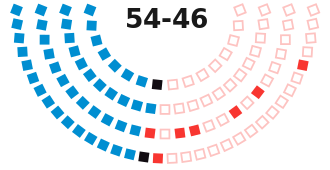