On the Nomination PN245: Ronald Stroman, of the District of Columbia, to be a Governor of the United States Postal Service for a term expiring December 8, 2028

The Yea votes represented 67% of the country’s population by apportioning each state’s population to its voting senators. 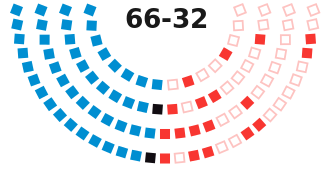