On the Nomination PN920: Jonathan Kanter, of Maryland, to be an Assistant Attorney General 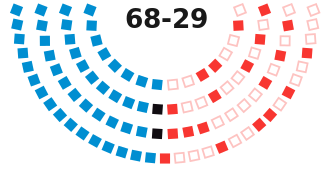