S.Amdt. 871 (Cruz) to S.Con.Res. 5: To establish a deficit-neutral reserve fund relating to conventional biofuel credit cap during a pandemic.

The Nay votes represented 78% of the country’s population by apportioning each state’s population to its voting senators. 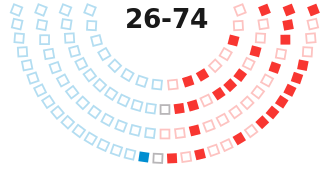