This was the Senate vote on the Civil Rights Act of 1964. See also the final House vote.

This vote was related to H.R. 7152 (88th): An Act to enforce the constitutional right to vote, to confer jurisdiction upon the district courts of the United States to provide injunctive relief against discrimination in public accommodations, to authorize the Attorney General to i. 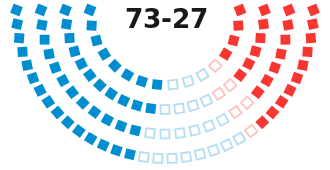